What is SAWA Net?

SAWA NET has been designed for you, the Scottish Asian Women’s community, to help bring us all closer together... both personally and professionally.

The benefits of membership:

SAWA NET now gives us an opportunity to promote, develop and mentor each other through a safe, secure and private members area. This is YOUR opportunity to really make a difference!

Not a member yet?

Signing up is easy and takes less and 3 minutes. Take a moment to create a user and get verified instantly. Register now to join the Scottish Asian Women's Association.

Sign in to begin browsing the members areas and interracting with the community.

Tasmina was born in Chelsea, London .Her mother is English and her father was born in India, thereafter migrating to Pakistan and settling finally in the U.K.

In 1988 to 1991, She attended the University of Edinburgh obtaining a Master of Arts Degree (M.A.) in  International Law, English Literature, Economics , Islamic History , French, Islamic Religion and Philosophy. In 1993 to 1995 , attended the University of Strathclyde, Glasgow  obtaining  a Bachelor of Laws Degree (LL.B.) and thereafter a Post Graduate Diploma in Legal Practice (Dip.L.P.)  in 1996 she was admitted as a Member of the Faculty of  Procurators and in 1997 by the Law Society of Scotland to the Roll of Solicitors and thereafter as a Notary Public In 2009 was admitted as Writer to Her Majesty’s Signet.

Tasmina joined this Law Firm as an Associate and was assumed a Partner shortly thereafter in June 2006 and is now an Equity Partner in the Firm. Tasmina works hard to provide access to the law to those from various diverse communities, to include Black and Minority Ethnic Communities and more particularly, women.  She has continued to develop the Firm further to provide a bespoke legal service catering to the needs of the Asian Community in Scotland in all areas of law providing legal solutions in the English, Urdu and Punjabi languages and in a culturally and religiously sensitive manner.

Tasmina is  also involved in the production of television programmes geared towards an Asian audience. She is an actress having starred in many television serials which have been viewed worldwide. Through this she has earned awards and critical acclaim for depicting the realities of life and work for the Asian Community in the UK and is known as a pioneer in bringing Asian TV serials to Scotland for filming.

She is listed in the “Asian Who’s Who International” Publications.

Tasmina was shortlisted for and won the Asian Women of Achievement Award 2012 in the Professions category.

Tasmina is the Founder of the Scottish Asian Women’s Association which is an organisation driven by professional and entrepreneurial Asian Women in Scotland for the purposes of ensuring their voice is heard and opinion sought in relation to matters of a political, business and social nature in Scotland.  This Network draws upon its wealth of leadership skills, innovation and knowledge with a view to enhancing members’ personal and professional development and assisting those Scottish Asian Women in need of support, guidance and mentoring.   SAWA seeks to inspire increased participation by Asian women in public and political life as well as celebrating and recognising their successes. The association was officially launched by the First Minister of Scotland at Stirling Castle on 19th April 2012.

Tasmina is also Co Vice Chair of W1 (Women First) which is a steering group set up for Minority Ethnic Women in Scotland, being facilitated by the Scottish Government.

Tasmina is frequently invited to speak at various events and in particular those with themes of equality, diversity, female empowerment and education. She has spoken at Anti-Racism Marches and at Education conferences. Tasmina was appointed by Mike Russell MSP, Cabinet Secretary for Education and Lifelong Learning, as a member of the Review of Teacher Employment in Scotland (The McCormack Review).

She is a member of the Board of The City of Glasgow College, which is the largest Further and Higher Education Institution in Scotland.

Tasmina is the proud mother of four children aged 3, 6, 13 and 16 and has had to overcome many obstacles whilst trying to balance their upbringing with her career in law, acting and politics. However the life experience she has gained whilst doing so has been invaluable. 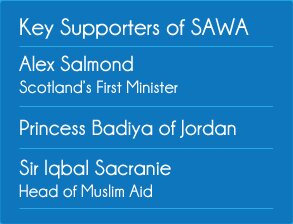